For the 1974 movie adaptation of “The Great Gatsby” by American novelist F. Scott Fitzgerald (1925), director Jack Clayton chose actors Mia Farrow and Robert Redford for the leading parts of Daisy Buchanan and Jay Gatsby. The looks designed by Theoni V. Aldredge were trending topic back then and she won an Oscar for best costume design.

In the Baz Luhrmann remake, the dramatic love story is now played by Carey Mulligan and Leonardo DiCaprio. For this movie, the costume designer Catherine Martin has teamed up with designer Miucca Prada and Brooks Brothers to design an entire look with historical aesthetics on their minds. The looks evoke the hey day’s of the roaring twenties.

With the long awaited and anticipated release, a lot of designers felt the aura of the roaring twenties in the air. Why? After many more restraint silhouettes, perhaps there is a longing for another more sporty and relaxed silhouette, with a reference to the 20’s lean look with a dropped waist, as seen in the shows of Chanel, Lanvin and Roberto Cavalli of the Spring/ Summer 2013 collections.

There is also the desire for more opulent, statement accessories, like feathered headbands, cloche hats, geometric box clutches, Art Deco inspired jewelry and of course a lot of pearls, just like the way Coco Chanel likes and wears it. On the feet, the girls wear Mary Janes and T-bar styles.

With sequins and flapper dresses to “sjimmy all night long”. Sparkle and dazzle, melancholy and jazzy tunes. The soundtrack with Jay-Z as music producer, has some amazing recording artists. “Young and Beautiful” by Lana Del Rey sounds like a sort of Art Deco pop. With contributions of Beyoncé, Gotye and Florence + the Machine to name but a few, these sounds are absolutely a beautiful company for this literary American classic! 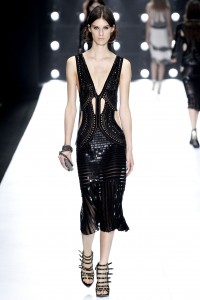 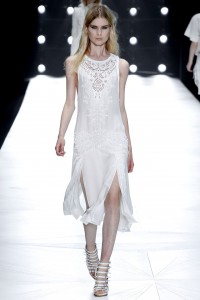 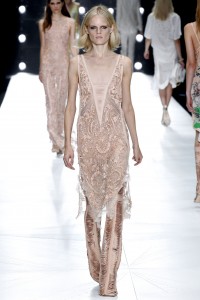 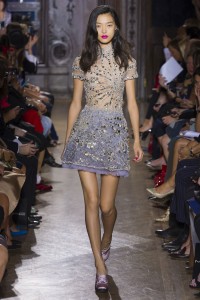 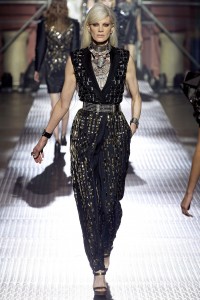 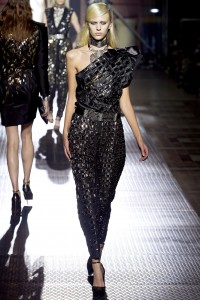 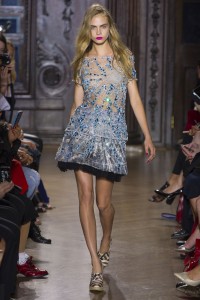 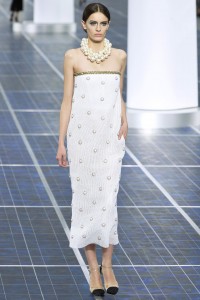 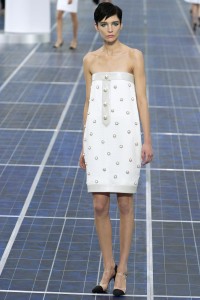 Trailer of The Great Gatsby